The best time for your coffee

Ever wonder what the best time is to drink your coffee? You probably know it is not a good idea to drink part of your daily dose of caffeine in the afternoon. Especially for those who have problems sleeping. But, do you ever drink your coffee and feel like it just didn’t work? I know I have that feeling sometimes. The explanation for this has to do with a concept that I think is extremely interesting but rarely discussed: chronopharmacology. 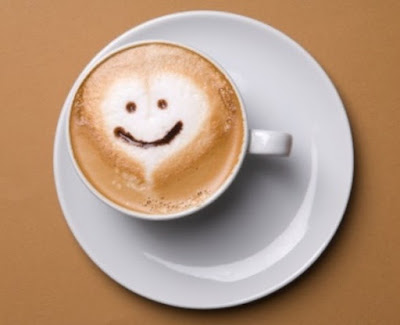 Chronopharmacology can be defined as the study of the interaction of biological rhythms and drug action. One of the most important biological rhythms is your circadian clock. This endogenous 24 hour clock alters your physiology and behavior in variety of ways but it can also alter many properties of drugs including drug safety (pharmacovigilance), pharmacokinetics, drug efficacy, and perhaps even drug tolerance. But, what part of the brain produces this 24 hour cycle and what signals does it receive in order for it to do so properly? It has been known for a long time that light is a strong zeitgeber. A zeitgeber is a term used in chronobiology for describing an environmental stimulus that influences biological rhythms. In the case of mammals, light is by far the most powerful. Following the discovery of connections between the retina and hypothalamus (the retinohypothalamic tract), investigations were aimed at the hypothalamus as the putative master clock. Indeed, in some of the most elegant brain lesion experiments, Inouye and Kawamura (1979) provided some of the first evidence demonstrating that the hypothalamus acts as the master clock in controlling the circadian rhythm. By creating an "island" in the brain by methodically cutting the hypothalamus away from any surrounding tissue, the circadian clock was completely lost (Inouye and Kawamura, 1979).

What does that mean? Well, the output of the hypothalamus nucleus (the suprachiasmatic nucleus or SCN) that controls the circadian clock has a variety of functions. The SCN controls your sleep-wake cycle, feeding and energy consumption, sugar homeostasis, and in addition to a few other things it controls your hormones. And, with respect to your alertness, the SCN’s control of cortisol (often referred to as the "stress" hormone) production is extremely important.

Most readers here, especially the ones in science enjoy–and desperately need–their morning coffee. I’ve seen some striking posts (here and here - note the caffeine consumption map with the number of researchers map) on the internet lately showing the correlation between science and caffeine. Not surprisingly to me, wherever there are scientists, there is a lot of caffeine consumed. And, a scientist also happens to be #1 the profession with the greatest caffeine consumption. But, if you are drinking your morning coffee at 8 AM is that really the best time? The circadian rhythm of cortisol production would suggest not.

Drug tolerance is an important subject, especially in the case of caffeine since most of us overuse this drug. Therefore, if we are drinking caffeine at a time when your cortisol concentration in the blood is at its peak, you probably should not be drinking it. This is because cortisol production is strongly related to your level of alertness and it just so happens that cortisol peaks for your 24 hour rhythm between 8 and 9 AM on average (Debono et al., 2009). Therefore, you are drinking caffeine at a time when you are already approaching your maximal level of alertness naturally. One of the key principles of pharmacology is to use a drug when it is needed (although I’m sure some scientists might argue that caffeine is always needed). Otherwise, we can develop tolerance to a drug administered at the same dose. In other words, the same cup of morning coffee will become less effective and this is probably why I need a shot of espresso in mine now. Although your cortisol levels peak between 8 and 9 AM, there are a few other times where–on average–blood levels peak again and are between noon to 1 PM, and between 5:30 to 6:30 PM. In the morning then, your coffee will probably be the most effective if you enjoy it between 9:30 AM and 11:30 AM, when your cortisol levels are dropping before the next spike. Originally, when I heard a lecture on this topic, the professor said that since light is the strongest zeitgeber he suggested driving into work without sunglasses on. This would allow for stronger signals to be sent along the retinohypothalamic tract to stimulate the SCN and increase your morning cortisol production at a faster rate. I still tend to drive with them on since I feel blinded by the sun in the morning. However, on mornings when it is partially cloudy out and I did not get a lot of sleep, I drive with them off because this might help me feel more alert than if I was shielding what little sunlight was available. I thought this an important post for anyone but especially with the upcoming Society for Neuroscience annual conference in San Diego. Now us conference attendees should know just when to enjoy our coffee to stay alert for all of the new neuroscience!

Inouye, S.T., and Kawamura, H. (1979). Persistence of circadian rhythmicity in a mammalian hypothalamic “island” containing the suprachiasmatic nucleus Proceedings of the National Academy of Sciences of the United States of America DOI: 10.1073/pnas.76.11.5962